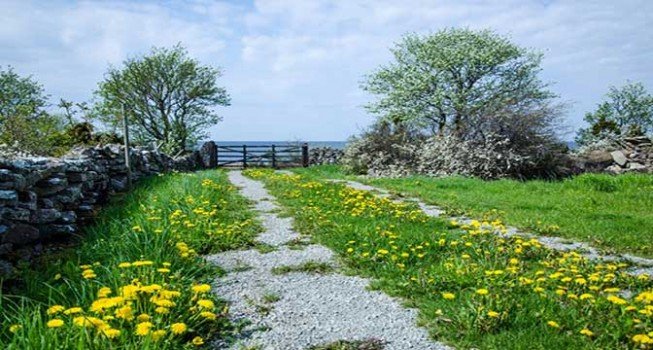 Back in January I published a 2 part series on how to make money with solo ads without having a list. One method was to become a reseller. This allows you to sell solo ads and then have someone else deliver the traffic for you.

This method allows you to make a profit almost immediately because you are profiting off the list that someone else paid to have built. It save you the expense of building your very own list and then having to constantly maintain that list.

In theory this is a great model but only if it works. I recommended Solo Master Pro because it was being marketed by Don Leadman who is well regarded in the solo ads industry.

The problem is the theory and the reality did not match.

If you want to read my original two part series on making money with solo ads without a list you can read them here:
Part 1 – Using a Reseller
Part 2 – Becoming a List Manager

Since you are depending on someone else to deliver traffic to your buyers you want to make sure that they are a good reseller. The question is what qualifies as a good reseller?

From my experience here are the criteria that I would use to judge a good solo ad reseller:

Now that I have established my criteria let me digest each of these standards I have set.

Good quality traffic – In the solo ad world you have a term called Tier 1 traffic. Tier 1 traffic is traffic that comes from the United States, Canada, Great Britain or Australia.

It is called Tier 1 traffic because it is coming from affluent countries where the traffic from these countries usually have money to buy things.

Most people prefer Tier 1 traffic because it is much more valuable. Some people will pay a premium of 25% or more to get traffic that is between 75% to 100% Tier 1 traffic.

The more Tier 1 traffic you have the more quality the traffic.

Responsive List – People buy solo ads for the purpose of sending traffic to their website with the ultimate goal to sell them something.

A list is considered very responsive if you get many buyers. The more responsive a list then the more money the buyer of the solo ad can make.

Face it, this is the way any business works. They want people coming through the door to buy something. Preferably they want them to buy multiple items and more expensive items.

If you are sending a lot of people through the door but nobody is buying then the buyer of the solo ad feels ripped off. They are not getting a good ROI on their investment in buying your solo ad.

Quick Delivery – Most people who buy a solo ad want it delivered literally within 10 minutes of sending payment.

Very few people are willing to wait several days for you to deliver traffic to their website once they have sent payment.

Having to wait on delivery is like ordering a Big Mac and McDonalds, paying for the Big Mac and waiting two days for your food. Nobody likes waiting.

Over Delivery of Clicks – Have you ever purchased something and the seller gave you something extra for free? Doesn’t that make your day when that happens?

Cosmetic companies are masters at this technique. They will run an ad in the newspaper saying that if you purchase $35 or more this weekend in cosmetics they will give you a bag full of free cosmetics. I admit that I have fallen prey and purchased $35 of stuff just to get the free stuff.

If you sell a 100 click solo ad to a buyer, you are obligated to only send them 100 clicks. But if you send them 125 clicks, they will be ecstatic because they got 25% more for FREE!

Over delivery in solo ads is what gets you repeat business from buyers because they know they are going to get more bang for their buck.

My Results with Solo Master Pro

Signing up with Solo Master Pro was very easy. You just fill out a simple form and pay the fee for whatever plan you choose.

You get an email almost immediately telling you the steps to create your account on their dashboard. Once you follow those steps then you are ready to start selling.

From the moment I paid until I was all setup took about 2 days. Part of that time was me getting around to following the directions.

Now I am ready to start selling solo ads. I started advertising and I got sales almost immediately.

I would place the information for the buyer’s URL into my dashboard on Solo Master Pro and then send a message to the administrator through Skype.

The administrator would respond to acknowledge my message. Then he sets something up on his end to actually send the traffic to my buyer.

Sounds very simple. So let me go through my criteria for a good reseller and share my experience with Solo Master Pro.

The criteria for quality traffic is how much Tier 1 traffic do you get. Let me give you the actual stats of the traffic sent from Solo Master Pro for 4 different ads.

You do not have to be a rocket scientist to realize that the quality of the traffic is not very good. In fact in my opinion it is very low in quality.

Out of the total of 13 countries listed for all 4 solo ads, I have personally visited 10 of these countries. (I have not been to Ukraine, Pakistan or Vietnam). I can tell you from first hand experience visiting these countries that outside of the US and GB, these countries do not have money.

If you sent these people through the door, they are going to window shop and they are never going to buy.

So in terms of Good Quality Traffic, Solo Master Pro fails my criteria.

Based on the quality of traffic that you get from Solo Master Pro, you will not get a responsive list at all.

In fact one of my buyers said that he received only a 16% optin rate from 110 clicks that were sent from Solo Master Pro. If you check out my solo ads rolodex, you will see that I was getting 45% optin rates on solo ads that I purchased when building my list. That is 3x better than Solo Master Pro.

For the most part I will have to say that I did get a reasonable delivery of clicks from Solo Master Pro. In almost all cases, clicks were delivered within 72 hours.

Is 72 hours too long or is it acceptable? If it was my own list I would personally deliver traffic faster than 72 hours but if I was buying from someone I could live with 72 hours.

I will admit that at one point I sent a notice to the administrator through skype late one evening. He responded that he got message. The next day was Saturday and I went to Athens to visit my Mother. It was not until Sunday evening late when I returned home and checked and found they had not sent any traffic at all.

I complained and they said they would get it started. The first click was not delivered until Monday – 3 days after posting about the order. The order was completed on Thursday. Taking 6 days to deliver 100 clicks is not acceptable in my book.

Overall in terms of delivery I would say Solo Master Pro was acceptable.

Over delivery of clicks with Solo Master Pro

Solo Master Pro is hard coded to provide only 10% over delivery of clicks. If you order 100 clicks you will get exactly 10% in over delivery.

Yes you are getting 10% more clicks for free but I would much prefer if they offered 20% or even 25% in over delivery.

I think 10% in over delivery is very stingy. If you look at my solo ads rolodex, you will see that every seller offers a better over delivery in clicks.

In terms of over delivery Solo Master Pro has to get high marks simply because you are getting something for free with every order.

To cut to the chase, I DO NOT recommend Solo Master Pro. The thought of reselling is very appealing. Using Solo Master Pro as your reseller is not something that I can recommend.

I was more than willing to give them a chance to prove their worth but they failed to do that with me. I have heard from several others that have used them and they report the same issue with very low quality traffic.

In the solo ad business, your reputation in built on the quality of product that you deliver. By relying on Solo Master Pro then you will be quickly destroying your reputation. I don’t think it it worth it to use them as a reseller.