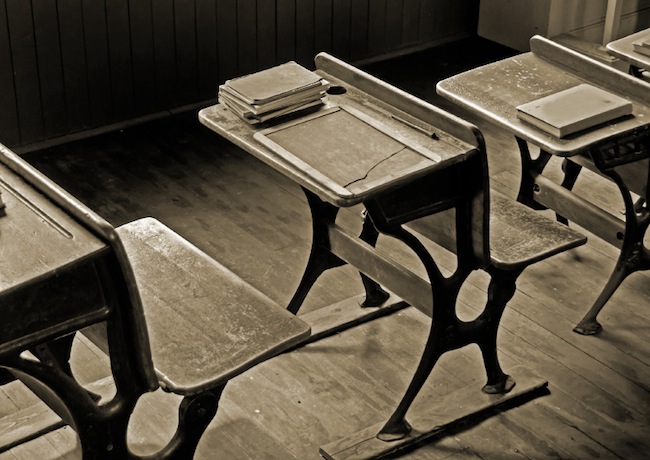 Hope you are sitting down while reading this post because I spill the beans on exactly what I did to earn $1.5k per month from one affiliate program in one year. I share how I chose the affiliate program, exactly how I promoted it and how much I earned each and every month.

The journey that I am about to take you on started in January 2012. In fact it started exactly on January 28, 2012. That was the day that I registered a new website and started with affiliate marketing. I did not earn my first commission check until February 2012. By December 2012 I earned $1,589.16 from promoting this one affiliate program. Here are the exact steps that I followed.

Selecting a Product to Promote

I could give you the age old advice that others give like do keyword research and find a profitable product in a not so crowded niche. I am sure that process works because I have heard enough people repeat it but that is not what I did. Instead I took a much different path when it came to selecting a product to promote.

I am fortunate enough to have a cousin who was active in promoting quite a few affiliate programs when I started in 2012. He makes a very good living on promoting products in this area because he is a gym nut. I am not which is why I decided to pass on this market. Plus I incorrectly assumed this market would be saturated since you almost see as many gyms as you see gas stations.

There was another product that he was promoting but I was not keen on it so I passed. Then there was a third product where he was making between $2.5k and $5k promoting another product. Ah hah! Light bulb turns on. I sign up to promote this product.

Actually it wasn’t that easy because I did put some thought into justifying why I should promote this product and not the fitness market. Here is the logic process that I followed. With the fitness market if someone buys a squat rack for $1,800 then they are not going to be buying another squat rack for the next 20-never years. With this other product it was like toothpaste in that most people purchase it more than once a year. Repeat customers. Cha Ching! And that my friends is exactly the steps I went through to select my first affiliate program.

The first thing I did was register a new domain at the end of January 2012. Since I was not making money yet from this affiliate program, my first weekend after registering website, I wrote 5 articles promoting this product. I published all five articles on my brand new website.

I had seen posts where several people had recommended the SEO services of www.backlinkphilippines.com. I contacted them and had them to do a smorgasbord of backlinks, social bookmarking, and forum profiles with backlinks to all the articles.

Almost exactly one month after starting my journey into affiliate marketing, I earned my first commission check. On February 29th I made my first sale. For February 2012 I earned $6.11 in commissions. Yah I was now an official internet marketer. I was in the club. I held the title. I was something. I was doing what others dreamed about.

Do you know the best time to make your next sale? The answer is immediately after you made your last sale. The adrenaline is flowing so take advantage and make sales. The very next day on March 1st I made my second sale.

You should have seen what this did to my ego. Here I was earning money online day after day. The best way to bring you back to reality is to not sale anything on March 2nd. So yes I crashed and burned on that day. I kept hitting refresh on my affiliate sales page just trying to will the $0.00 to change to anything else.

Lesson #2: You cannot just “hope” or “want” to make money online and expect it to come true. It takes work. Full stop.

It is Always Quiet Before the Storm

Starting April I was walking tall thinking I was hot stuff. I fully expected to again more than double my commissions over my previous month. In fact by the 10th of April I was way ahead in sales compared to where I was in during the same time in March. That is when the Perfect Storm hit.

I had only 6 sales in the first 12 days of April. Then the sales completely dried up. I made no sales for the next 8 days. Panicked, distraught, depressed, in denial would all be valid terms to describe how I was feeling. So I did the only thing I knew to do and that was to contact the company.

Since I only get paid when the product ships I was not being compensated for all the sales I was making during April. In fact it was so bad that I only earned a measly $168.74 in April.

Lesson #3: Sometimes shit happens and it smells worse when you have NO CONTROL over it happening. You have to learn to be flexible and to adapt.

To throw out another cliche “The Sun always shines after the storm.” The person who said that was a genius because that is exactly what happened to me in May. All those sales from April stared to ship plus I had all my sales from May.

During May I earned $619.44 in commissions. Throwing out April, compared to March I was doubling my commissions for the 2nd straight month. I was starting to think this was too easy.

Started Going to the Well Too Much

Lesson #4: If you are going to do anything then go all out. Don’t do anything half-assed. Decide. Commit. Achieve. Learning the Art of Analytics

By June my website was starting to get visitors each and every day. I was using statpress plugin on my website to gather analytics of my traffic. (NOTE: I recommend using JetPack today to gather analytics since it is not included with WordPress and you don’t have to rely on 3rd party plugins like I had to in 2012.)

From the analytics I was able to see the exact keyword searches that people were using to find my website. I was shocked to learn that people were even using these keywords at all because I would never have thought someone would use them.

Lesson #5: Never underestimate the keywords people will use to find your website. Keep a close track on these keywords. Write new content that uses these keywords in title of new articles and heavily throughout the article. Add the keyword as tags.

I went to elance.com and started to hire five writers. I had them write me 5 articles each. I gave them 5 of the keywords that I was getting from my analytics. When I got the articles back I started to drip feed them into my different websites every 3-5 days.

It is time for another adage and the one I am going to share is “You Reap What You Sow.” I went back to backlinkphilippines and started paying them big bucks to build backlinks to all the new content I was having written. I spend the next month doing social bookmarking and RSS feed submissions. I was sowing the seeds for my future success.

I am going to do the fast forward feature to skip ahead to the “reaping” part of this story. But here is what I earned over these 3 months.

Breaking the $1k per month Barrier

September was the month I will always remember. During September for the first time in nine months I broke through the $1k per month barrier. In fact if you really want to know I smashed that barrier and spit on it because I earned $1,425.28 in September. I was almost half way to the $2k per month milestone.

The old swagger was back. I was proud of what I had accomplished. Want to know how I rewarded myself? I spent the next 30 days writing new article content almost every single day.

Lesson #6: Don’t give up too early on your goal. If you want to accomplish something then keep working until you accomplish it. You only fail if you decide that you have failed. If you don’t accept failure then keep moving forward toward your goal.

I reached the $1.5k milestone the very next month in October. It took me only ten months to get there. Was it easy? No. If anyone tells you that making money online is easy then they are delusional. The reason that I was having success was because I worked at it and never gave up.

In 10 months I had created 7 websites promoting one affiliate program. I had multiple websites ranked in the top 5 searches in Google for almost two dozen keywords. In all I had written 92 articles in 10 months. An average of 9 articles a month or 2+ articles a week for 10 straight months.

This story does have a fairytale ending because I earned over $1.5k for October, November and December. This showed that I was able to consistently earn that income because of the effort that I was producing.

Lesson #7: Making money online is not easy. Nobody learns to crawl perfectly the first time they try it. You have to keep trying. Some people start crawling in a matter of months but for others it can take years. Regardless of how quick you learn to crawl never ever give up. Success leaves clues so follow my example and go out and reap the same rewards yourself.